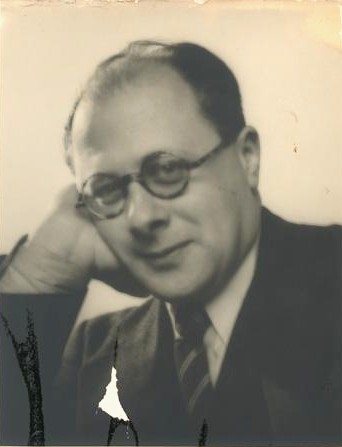 The History of the Fondazione Circolo Rosselli

The story of the Fondazione Circolo Rosselli is a storied one, one of a resilient organization that, once began in 1925, has been able with almost no interruption to promote values like open discussion and political integrity.

The Circolo Rosselli was created in 1925 with the intention of being an open forum where all people, but especially young people, would have the opportunity to discuss the social and political issues they were facing at the time. The brainchildren of this organization were, the namesake Rosselli brothers Carlo and Nello, along with two of their compatriots Gaetano Salvemini and Ernesto Rossi. The four knew that tumultuous environments, like Italy in the ’20s, needed places like this to combat the rise and rule of fascism. The fascist rulers of Italy who came into power in 1922 and gained power through the next two decades brought with them an oppressive ideology, and wanted to remove organizations like Circolo Rosselli from the social fabric and political equation of Italy. The Fascists were afraid that gatherings and discussions of the kind the Circolo Rosselli hosted, would foster anti-Fascist spirit throughout Italy, and predominantly Italy’s youth. This belief, which was not untrue as the four founders of the Circolo were all distinctly anti-Fascist, eventually spiraled into violence.

Just a few kilometers from Bagnoles, the Rosselli brothers were tricked into stopping their car. Upon doing so, they were both promptly shot with a revolver and stabbed by a commando of the Cagoule (a bloody terrorist organization of French right extremists) who acted by direct mandate of the Military Information Service of the fascist Italian government.

After the murder of the Rosselli brothers in 1937 the Circolo closed for a little bit, as the dangers of World War II and the pressure from the Mussolini government mounted. However, in 1944 with the war wrapping up and the fascist government losing power, the Circolo reopened its doors and reaffirmed its antifascist mission. When reopened, the Circolo had its original local focus, but as the world evolved to a more globally inclusive place, so did the Circolo.

In 1947 the Circolo became a seat of political power in Florence. As Italy reeled from the Mussolini regime, the leftist ambitions of the Circolo became very appealing to many people, and in keeping with their original alignment, especially young people. One of the driving forces in the Circolo’s rise in political power in Florence was the dynamic Secretary Nello Traquandi. Traquandi, who had known the Rosselli antifascist movement since its inception, worked tirelessly to ensure that the Circolo never strayed from its Rossellian roots. Traquandi had been an integral part of the original team and is primarily responsible for the newspaper published by the Circolo. “Non Mollare” was the first antifascist clandestine paper of its time. It featured general mission statements of the Circolo as well as current events and even, most famously, an interview with Mussolini. The interview came after the death of the Rosselli brothers and Mussolini took explained the entirety of the Matteotti crime. He then took responsibility for the entirety of the violence as well as knowingly suppressing the freedom of the press.

When Mussolini assumed power, Traquandi fled, hiding for awhile to avoid persecution. When he did return to Florence, he became the leader of the Partito d’Azione (Action Party), a socialist party comprised mostly of people who had been involved in Carlo Rosselli’s original party Giustizia e Libertà (Justice and Freedom). With PDA, Traquandi also helped run a newspaper, “L’Italia Liberta” (Free Italy) maintaining the positions of the original Rosselli paper. However, the world was a rapidly changing place in the post WWII era, and the Circolo needed to change with it in order to keep their socialist mission relevant and alive.

Forty years after its inception in 1925, as the Fondazione Circolo Rosselli relaunched, they did so with a new mission, a national and even international one. Led by a group of fierce young people who labeled themselves the “Nuova Resistenza” (New Resistance), the movement gathered massive momentum in 1961-62. The Nuova Resistenza was comprised mostly of students, in keeping with the Fondazione’s desire to be an informed group capable of strong and legitimate political and social action. In 1969 the Fondazione finished its relaunch, complete with new leadership and a refocused mission.

The new leadership was determined to take the traditional values and apply them to the life of young, modern Italians. Upon diving into the original socialist principles, texts by Marx and Lenin, the new, young generation wanted to spark conflict, to ensure that debate would rage on about these topics. They reinterpreted these traditional ideas in a provocative new way, pushing people to engage with their political surroundings. They were so forceful with these new ideas that 1970 became nicknamed “The Year of the Debates” because so much of the country was consumed in these discussions.

In addition to these new proclamations however, this new Fondazione began publishing the original works of Carlo Rosselli, in memory to both him and his ideas, from which the Fondazione grew. These publications, in memorium, allowed the Fondazione to ensure that their new endeavors stayed true to the original intentions of the Circolo, and the ideals of its founders.

The combination of these original publications and increased discussion about the tenants of socialism were all aimed at creating a widespread understanding of socialist doctrine that wasn’t superficial. Through the years the Fondazione felt that some of the Leninist ideas had been twisted, and that the current understanding of socialism was inaccurate. Efforts to correct this included things like emphasizing the differences between communism and socialism, both in theory and practice. At a time when Italy had both a Communist Party and a Socialist Party, it was important for the Fondazione to teach the differences between the two, resulting in the public making an informed choice when voting for, thinking about, and spreading an ideology.

The Fondazione is not alone in their mission however. When the Instituto Socialista di Studi Strocci came into existence in 1976 they were able to ally with the Fondazione to create a greater coalition of socialist belief. The emergence of the Instituto is politically relevant because it came after the Florentine political crisis in 1973-74. After some uncertainty, a leftist party took control in Florence, opening the door for organizations like the Instituto and Fondazione to gain momentum. The socialist movement became religitimized, gaining in the minds of these young leaders the dignity and autonomy it deserved. The previously scattered socialist ideas were finally being consolidated once again into a true Socialist Party. This new Socialist Party had the same root beliefs that party has always had but was combined with the innovations and beliefs of the new generation, allowing it to be relevant to a range of people.

With the Party established, the leading intellectuals of the Fondazione Enzo Cheli, Alberto Spreafico and Enrico di Nolfo wanted to return to matters specific to the Circolo, particularly, establishing a governing doctrine for the group, a true mission statement. The Fondazione had interest in education, small businesses and another newspaper, “Quaderno”. Today the Fondazione remains a bastion of the possibilities of the left as well as a center for cultural, social, and political thought. It maintains as important the idea of an open forum where many people from the community can come together to discuss issues. This emphasis on open discussion helps the Fondazione keep its connection between socialist principles and current events strong and relevant.